It’s all go this week and very exciting!! Our architect has been working on the plans so our portfolio is nearly ready to go off to the planning – but we are still waiting for the Levels Survey to be completed. That will tell us how sloped the different parts of our land are so we know how high up the pilings need to be. Hopefully we will end up with a raised decked terrace which will lead right out into the woodland which will be our idea of paradise! We just can’t wait – but even if the plans were submitted tomorrow, we are still looking at it being next Autumn before a liveable house is in situ. So, we still have a long journey to go.

To make life a bit easier we have plans to erect a few out-buildings. Now, in France you need planning permission to put up anything over 5m². So, the first shed is a small one which falls under that size. In the short term it is for storage, but in the longer term it will be a potting shed as it is where our vegetable garden will be. How exciting to be thinking about growing our own vegetables!!

We went for dinner with friends twice this week and had two lovely vegetarian meals cooked for us. Such a treat to be cooked for, and also to be able to sit in the comfort of their homes and have some space, and lovely company and chat too!! The meal that Frieda made was all with veggies from her own garden and it just really excites me to think I will be able to do that soon!! Fresh home-grown veggies really do taste so much better, and of course it will be wonderful to eat whatever is in season.

Back in the UK one of my lovely friends has set up a Facebook page called One Pledge and is urging people to make just one pledge to do something that will help the planet. My pledge is to eat locally grown produce as much as possible and to reject vegetables that are wrapped in plastic in the supermarkets. So, just think how much help my own veggie garden will be with that!! Why not click on to her page and make your own pledge?

So, the shed has been assembled during this week. All of our land is sloping – the top bit where the house will be not so much so, but once you get down a level then it becomes very steep – so Martin had to first construct a small deck to get something flat enough to put it on. Here’s a little video of him working. Even Lillie helped out (well her idea of helping of course). 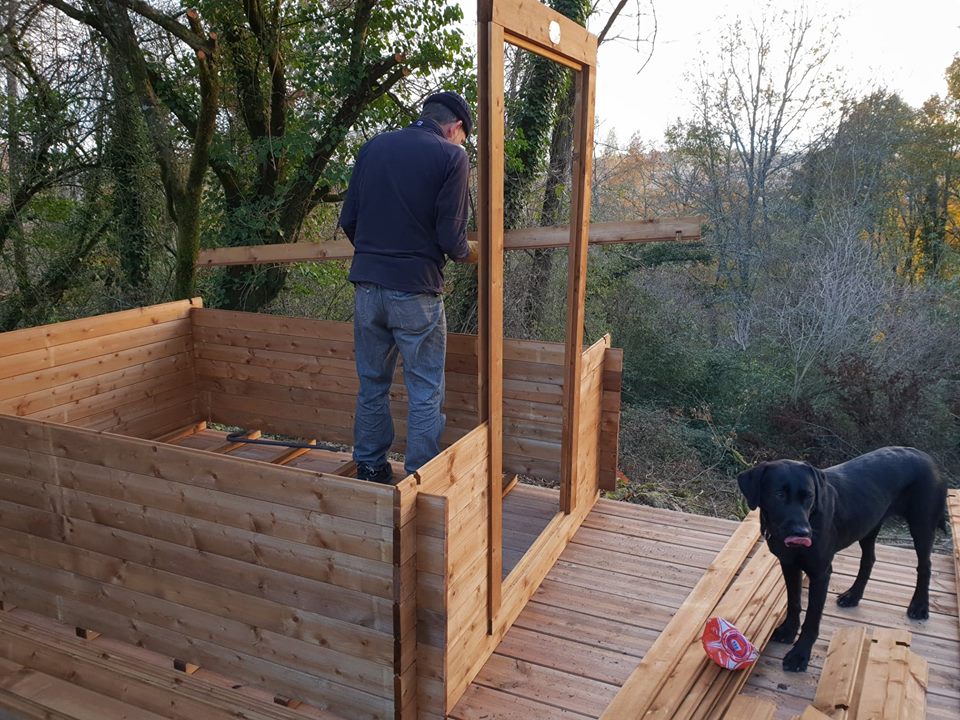 Our neighbour Pierre has also been busy working on their house and garden, so all week long there has been a symphony orchestra of power drills and hammers between Martin and Pierre. When one of them stops, you can hear the other. A bit like bird call to each other

But, it’s lovely to hear the sounds of productivity!! And to see our plans, hopes and dreams finally taking shape. I know this will sound very trite, but when we stood out on the little deck this evening, with the little shed finally finished, and we saw this huge, beautiful red squirrel charging up and down a tree – really close to us – and it all felt a little bit overwhelming – in a good way – but I just had a little tear of happiness as it really is all starting to come together. 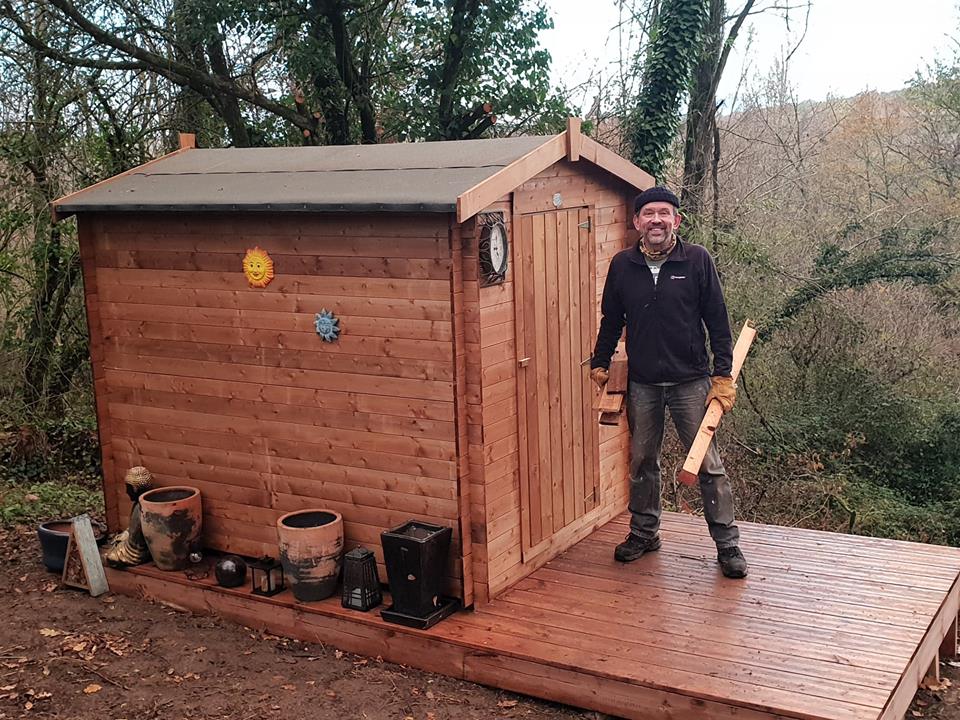 So much wildlife here – in fact, we are seeing so many birds of prey out on each walk or drive that we do I said to Martin the other day “do you think they will end up like elephants”? He laughed and said “hope not”. This is a standing joke between us, (Sian and Ryan may also remember too). When we went to Kenya in 2009 and were lucky enough to go on a 2-day safari in Tsavo East we saw so many amazing animals – zebras, lions, giraffes – and ELEPHANTS!! Lots and lots of elephants. The first few times we were “wow”, but after two days were “oh it’s only elephants” and we just couldn’t believe that in just two days we were anything less than totally amazed by seeing elephants.

Our French is coming along a little bit too. In order to help with this, we have joined the French choir – and both went along nervously on Wednesday. Much to our bemusement the first song we practised was not even French!! It was a 16th Century religious hymn in Latin – O Salutaris. It was my idea of a nightmare:

I shifted around, muttering the odd sounds, and feeling very out of my depth for the longest time, vowing to only stay until the end so as to not offend anyone and to ensure that Carol did not lose the Brownie points that she was sure to have gleaned by taking not one, but two new victims – sorry recruits!! However, after that things did improve and we practised some much more uplifting songs which I enjoyed a bit more – and Martin enjoyed a lot! So, we know have the situation in which Martin really does want to go back and I’m not so sure. I did end up really liking the song “Je Suis Un Homme” despite really not being very happy when Carol told me one of the lines was “I am the king of pigs” – I really do object to such speciest lyrics – but when I found the lyrics on You Tube it actually is “I am the King of Pricks”. Hmmm?? I’m not sure to be honest – which is worst to be King of? Pigs or Pricks? You tell me!! 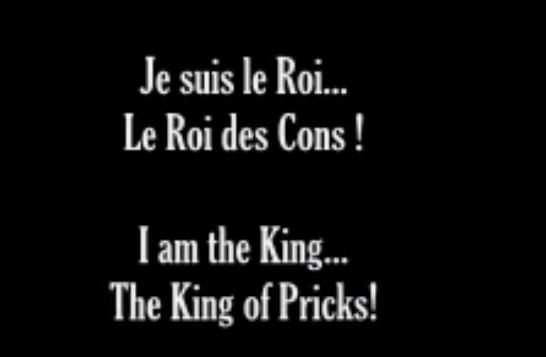