There’s not “Mush Room” in here!

October is quite exciting in Villefranche-du-Perigord as it is Cepes season!! Cepes are a regional speciality and are a type of mushroom which only grows here, and only for a few weeks in October. A while back Martin and I were talking to our friend about what Cepes were like, and he told us that there was a lot of hype about them as they were so unique to the area, but that they were actually quite slimy and not really very nice. A bit like eating slugs. Nether the less we still fancied trying them when the time came around.

One of the lovely things about this village is that the high street often has banners high up above the houses and shops which mark various fetes and festivities. In the summer there were lots of bright yellow and orange flowers which were put up when the festivals were taking place, and then at the beginning of October we noticed that all of a sudden there were lots of pink umbrellas high up in the sky.

When we asked we found out that this is to mark “International Breast Cancer Awareness Month”. One of the boulangeries were also selling ribbon shaped baguettes last Saturday to raise money for charity – but sadly we missed out on buying one as we had got distracted by pain au raisins in the other boulangerie (our Saturday morning ritual took over our minds and we forgot to buy one). But it is nice to feel the familiarity of the marking of these important and significant events – very much the same as in the UK. Funnily enough the demi baguette that I had got the week before did make me wonder if it had been baked to mark Men’s Health Week – but I was too shy to ask. 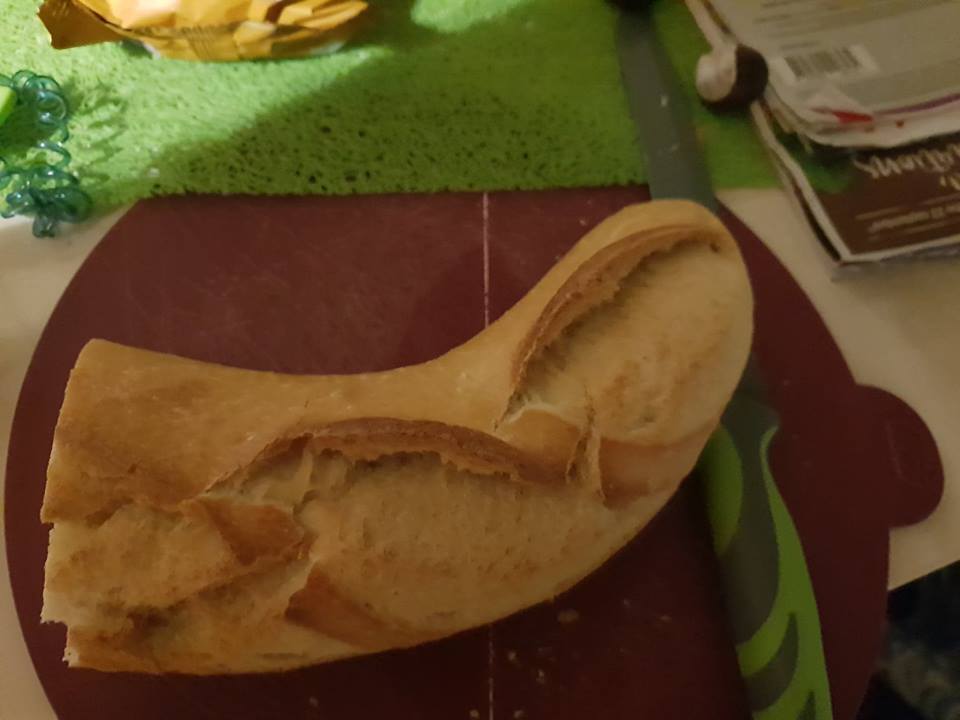 The evening I had bought that baguette was Tuesday – our weekly night out to Café de La Poste to play pool with some other English (and Scottish) people. That night I played so badly I pondered on whether it would have been better to use the baguette instead of the cue. Bernard then decided that it was about time I had my own cue! And when we visited him later that week he presented me with his very own old cue – an honour indeed!! So, I now have by very own cue – for the first time in my life!! The next week I couldn’t wait to try it out when we took my visiting Mum and her friend Kay in to the pub!! Sadly, no games won that week – but I do think I am improving and it was good for trick shots!!

So, Mum and Kay have been over to visit for a week. They were our first visitors from the UK. I really wanted Mum to see the land we have bought in its current state so she gets the full picture of our journey – where it has started, and where it will finish in ???? who knows how many months’ time. 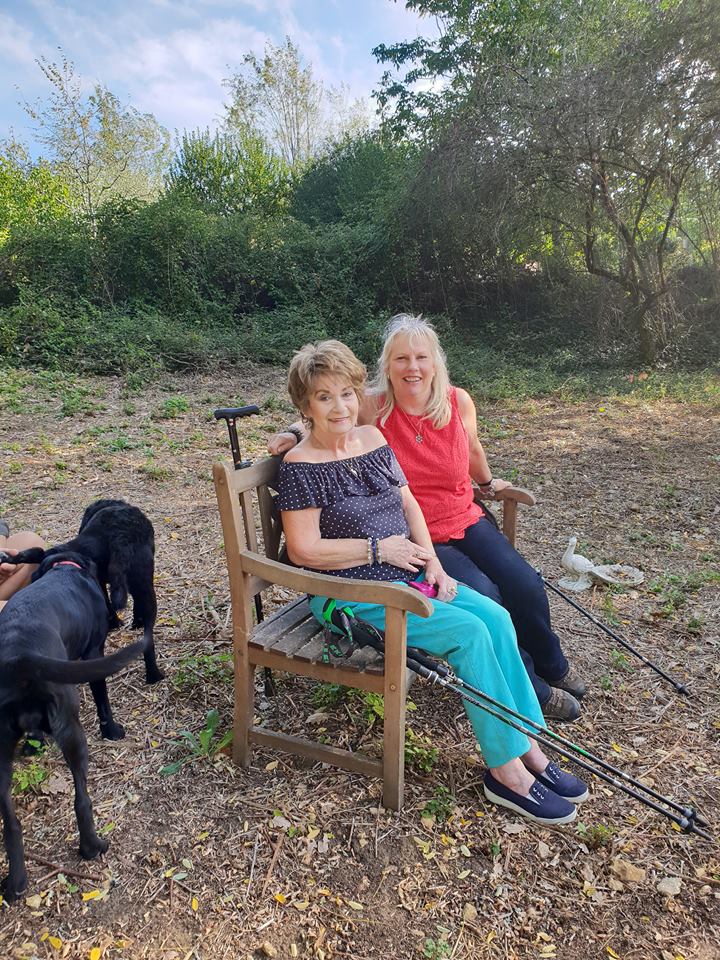 Mum loved it here – she loves the land, loves the village, and all the places we took her to visit. They both did. And we really enjoyed playing at being tourists as well and saw some places that we had not been too as well as taking them to places we had previously been to and really liked.

Sarlat was one of the places we went to – and it was here that we all got to try Cepes for the first time – and perhaps the last. Mum was the first of us to declare that she REALLY didn’t like them – and in fact, refused to even try to eat them based on their appearance – which she said looked like a breast complete with nipple (maybe it was to mark the previously mentioned Breast Cancer Awareness Month – who knows). But we all admitted to not really enjoying them, but the other three of us managed to get them down the hatch – me with lots of tomato ketchup. They clearly are acquired taste – and as our friend told us before – they are quite slug like!! But….when in Rome….

The next day when we took Mum and Kay next door for coffee with Alice we were talking about the Cepes – and Mum told her all about how much she had disliked them, and asked Alice if she liked them. Alice told Mum that it is all in the way they are cooked, and they can be very nice if cooked well. However, Alice told us of the time a friend of hers cooked a giant Cepe that filled a pan. Apparently, you should never wash mushrooms to get the full flavour when cooking, so this friend (who was an excellent cook) did this, and cooked the giant Cepe to perfection….but when she turned in over in the pan the two of them could then see – horror of horror – WORMS crawling out of the giant mushroom! Alice rather fortuitously being a vegetarian had the excuse to not partake but the others…well, when in Rome….. 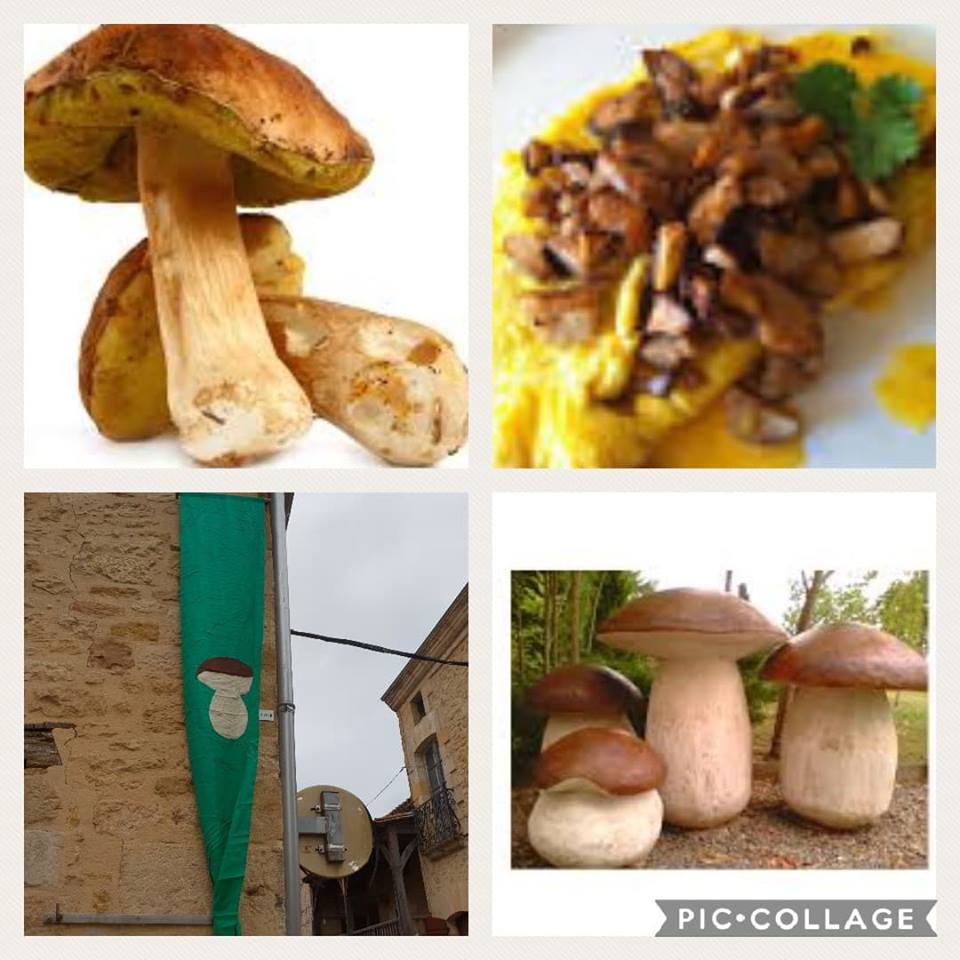 There clearly are some benefits to being vegetarian in France after all!! Not just having the ready-made excuse to not try certain things – but also to take full advantage of the abundance of vegetables that are now being harvested.

Our friend Steve gave us a melange (1) of squashes from his garden – including butternut squash and marrows which we are already familiar with, and also some beautiful orange/red Pottimaron which is a new one to us.

So, Mum and Kay chopped up three whole Pottimarons and then I made a HUGE pot of Pottimaron and Red Pepper soup for our friends, family and neighbours’ lunch which was the first time we had invited a large number of people over to “the land” for a meal – which went really well and was great fun to have 12 people over an “al fresco” lunch of soup, bread, wine and desert! This I hope will be the first of many to be enjoyed. 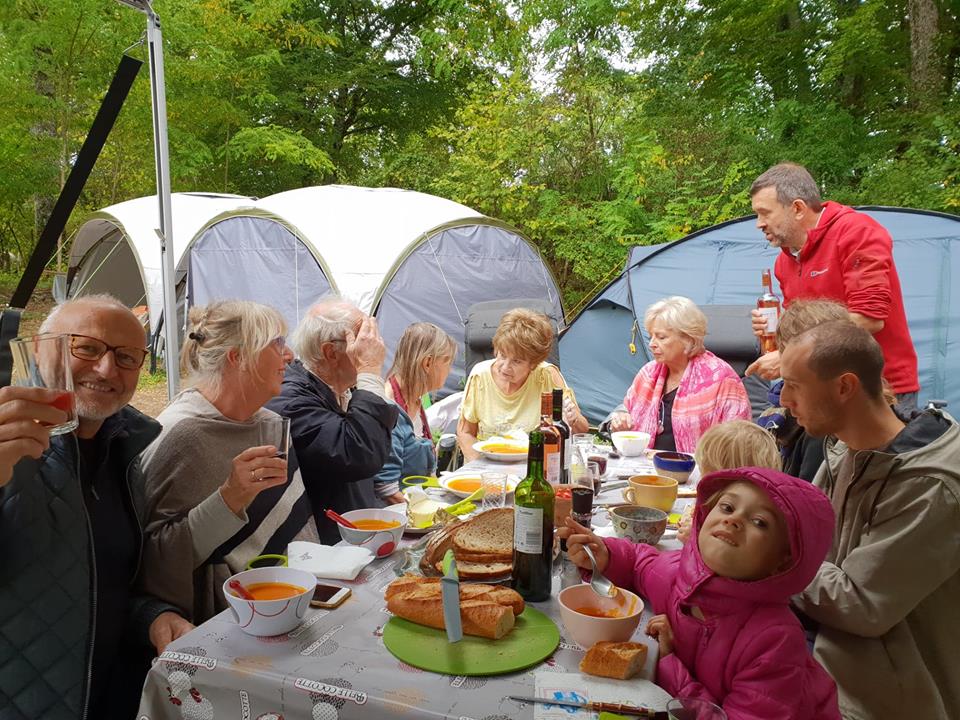 Mum’s back in the UK now enjoying her own bed and not enjoying the cooler weather. Here is it still a pleasant 24 degrees – hot enough to be enjoying our meals “al fresco” still – but no Cepes thank you very much!

(1) Melange is the French word for assortment. It is one of my favourite French words and I use it frequently.

2 thoughts on “There’s not Mush Room in here!”