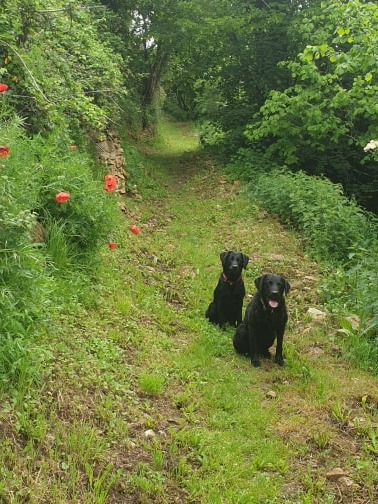 This blog entry has been mooching around my head for a while now, but I was finding it too emotionally painful to write down until now – so here goes.

During May there is an abundance of poppies – growing everywhere we look – in the fields and tracks around the village we live in. So, every walk, every drive we take, it’s hard to not ponder on the meaning that they have to us.

For many of us, poppies are associated with death, especially as they are worn in the UK on Remembrance Sunday to honour the war dead that gave their lives for us. Summed up in this beautiful poem by John McCrae

In Flanders fields the poppies blow

Between the crosses, row on row

That mark our place, and in the sky

Scarce heard amid the guns below

For me though, as well that as that symbolic reminder of the sacrifices made by those brave men, poppies also have a sweet, sentimental meaning for me.

When I was a little girl, and my maternal grandparents were both still an important part of my life, I could not say the word Grandpa or Granddad, so to make it easier they got me to say “Pop” which then became “Poppy”. So I spent the precious few years I had with him in my life calling him Poppy. Then even after he  died when I was four, I still carried on using Poppy and so did my mum and my nan  when they talked about him to me.

So, the sight of poppies has always stirred up very fond memories of a time when I know I was happy and loved, as sadly my childhood did become very unhappy after those first early years, which means I struggle to recall happy memories at a later stage. But that’s a story that’s not for now – maybe another time.

Because of this, poppies can stir up very happy emotions in me – of a Granddad that I barely knew, but even so was an important part of my life.

But, they can also bring up real sadness in me too.

Rewind to April 2013 – my Dad was dying – we knew that – it was just a matter of how long he had  left. But then we had the shocking and terrible news that Ann also had cancer – also Stage 4. So, our visits over to Kent stepped up a notch. Having a life to lead in Hampshire – school for Sian, college for Ryan, work for Martin, and teaching for me, this was a case of spending as much time as humanly possible travelling to Kent on a Friday evening, making memories with Dad in his last weeks, and now also trying to take in this awful news about Ann.

What I remember most about those times was “The Triangle” between where James’ house in Margate, Quex camp-site that we stayed in Birchington, and Wayside mobile home site in Minster which was where Dad and Ann had ended up living once their France dreams were quashed by cancer.

So, at any given time we could be driving either over to James’s house from the campsite, or over to see Dad at Minster, or going to see Ann at the hospital which was just around the corner from James’s house. As you can see it’s actually more of a circle than a triangle – but at the time it felt like a  triangle – and still does.

The trip between the camp-site and Dad’s took us through a lovely little village called Acol – which we always thought sounded very French, with it’s lovely banks of poppies swaying in the wind. So, during much of these journeys I would just be sitting quietly, as the passenger, thinking, feeling sad, looking at the poppies and thinking how very tragic it was that dad would not be going back to France…..most likely not ever, definitely not to live, but probably not even to visit. Even when we were not in Kent, the poppies played a part. For the first time I noticed poppies at the side of the road on my running route, so every morning as I ran past the poppies, I thought of all this constant sadness, but also it encouraged me to keep going, keep running, keep trying and to be glad that I have a body that works, and that I could run, and that I should keep running to make up for the fact that some people no longer could. This thought spurred me on to do some fairly epic (for me at least) fund-raising attempts for Macmillan Cancer Support and Cancer Research UK including my first and only Half Marathon 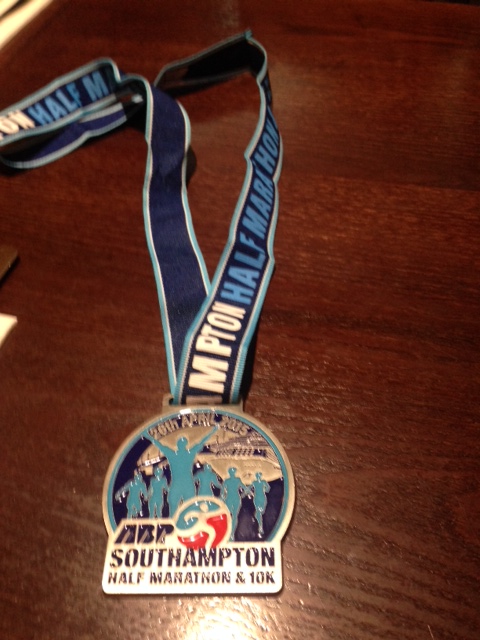 It was a surreal time in our lives, and as we played out the nightmare we were in, we honestly believed that once this was over, we could get back to normal.

But, no, life had more for us that just that sad episode. The poppy season two years down the line brought the loss of my step-dad at the end of May – so many poppies around that year too – there always is – I just didn’t notice it so much before.

And then, tragically the following May our young nephew lost his battle with cancer. In our messed up, upside-down-and-back-to-front family dynamic it has meant that through time and over time we have not only lost the people who died – but also some associated relationships have suffered the consequences – our inability to forgive a dad who failed his son, ex in-laws who find it painful to keep links with past family, a son who didn’t even try to do the right thing by his dying father. All those and more – people lost from our lives – they call it the ripple effect of death. More like a tidal wave in our case it seems.

Poppies are also associated with dreams –considered to be sacred to Morpheus the Greek God of dreams. All I know is that those days were so incredibly sad as we witnessed the dreams of one very lovely, very ordinary couple get shattered into a billion pieces.

So, here we are…now in France – making our very best efforts to create our own dreams. Dreams that sometimes feel as fragile as the roots of those poppies, and are equally as amazing in the way that they seem to be rising up in a jungle of a wilderness – just like the poppies seem to be able to grow just about anywhere – on steep banks, and in ditches at the side of the road. Even next to spiders webs.

It’s still a constant worry to us that our own dreams will be shattered – not this time due to ill health hopefully – but through the political mess that the UK has found itself in. It hurts to the core when people who seem to have no real concept or understanding of what their actions are doing to our dreams say such utter nonsense like “it’s only scaremongering” or “it will be alright”. They have no idea what it feels like to know we are only just 2 steps away from being homeless. If they did understand it, surely they would not keep saying those things – but perhaps they want to hurt us for daring to want a different life for ourselves. We have nothing (in terms of property or material things)  in the UK and if this all goes horribly wrong for us we will not be able to live in the something we have in France.

Like the poppies we are trying to put down our roots – in a place where those roots don’t quite belong – but even so we want to get those roots firmly planted – we want to live here – in France, in our crazy little corner of this sweet little village, the fields surrounding which now look so reminiscent of that lovely village Acol we used to drive though. In the same way that the impact of death has rippled out and added to the loss in our lives, so has the division in our country of birth. We find it sad that people who we once loved seem so alien to our own beliefs and we feel scared for the future of both the country we were born in and the country we now live in…resulting in more loss of friends and relationships.

We hope that we can be as resilient as those poppies in the wind  and just say “damn you Brexit and all those who follow you! We will grow where we want to grow and we will be strong”.

Apparently to dream of poppies suggests that you are about to meet a new, younger love – or that it is time to move on. I really don’t think Martin is under any threat of me trading him in for a younger model (who would put up with me) so I’m taking it that it is time for us to both move on, and leave the past hurt behind, give up on relationships that are too difficult to continue to fight for, and forge this new life for ourselves in  our own (Poppy) Field of Dreams.